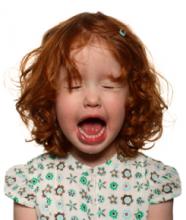 When it comes to parenting, it’s funny how humor can motivate children when more negative tactics do not. Jane Marie Scarboro’s 3-year-old son, Teddy, had been lagging behind on their family hike. And the Lafayette, Calif., mother of two had felt herself getting annoyed. But then she switched tactics. Obviously, her best parenting skills were called for. So rather than snapping “Come here right now!” she called “I’m going to get you! I’m going to catch you!”, then jokingly hoisted Teddy and tossed him up and down as she carried him back up the trail toward the rest of the group. Soon both mother and son were laughing.

Take it from this mom: Keeping it light when it comes to parenting works. “Being playful keeps it from turning into a contest of wills,” says Scarboro.

Parenting guru Jane Nelsen, EdD, the author of dozens of books, including Positive Discipline and, with H. Stephen Glenn, Raising Self-Reliant Children in a Self-Indulgent World, says humor is a key tool to successful discipline. “Humor takes us to a whole different level of consciousness,” says Nelsen. Humor helps break the negative mood not just for children, but for grown-ups, too. “It helps parents get themselves out of a reactive state,” explains Nelsen. When moms or dads issue angry commands, kids of all ages tend to dig in their heels and resist. And no one benefits.

For toddlers, that might mean distractions such as tickling or chasing. Animating stuffed toys is a common strategy. Parents are a lot more likely to be successful if the stuffed monkey says, “It’s time to brush your teeth! Watch me brush mine!” “Pretty soon they’re laughing,” Nelsen says, “and then you say, ‘OK, let’s go do this.’”

Instead of working against each other, parents and children can use humor to work together toward the shared goal. “You’re taking it out of ‘I’m going to make you do it’ and turning it into ‘Let’s do this together,’” says Nelsen, recalling a father who broke the tension when his children argued by making believe he was a reporter interviewing them.

Another example, Nelsen says, is a mother who pretended to be reading her child’s horoscope, which said that was the day he was going to stop procrastinating and do his chores. “You laugh, and then you see things differently; you feel differently, you act differently,” says Nelsen.

How do you learn to take a lighter touch? Try these tips from Nelson.

“Kids have the ability to see things differently, feel differently … and parents need to do    that, too.”

“Think positive, not just controlling vs. permissive. All these positive tools are about   being kind, firm, and respectful,” says Nelsen. “All at the same time.”

“Any kind of humor that is hurtful or disrespectful or a poorly disguised put-down is no    good,” Nelsen says

Adapted by Personal Safety Nets® from “Parenting works best with jokes, playfulness, and cooperation -- not threats and demands.” By Eve Pearlman, (January 2009), WebMD the Magazine.