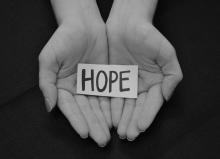 Hope is the belief in a positive outcome related to events and circumstances in one's life. It is a feeling of what is wanted can be had or that things will turn out for the best. Hope lifts a person up; it makes that person feel that he or she can do what needs to be done in the face of what may be near- insurmountable obstacles.

People endure immense suffering and hardship; unfortunately a person may give up when a word of encouragement is missing – when a word or something to give hope might embolden him or her to not give up. In the extreme case, it could be the difference between giving up and pushing through, surviving or thriving, succumbing or succeeding.

The world is full of examples of those who had hope or were given hope, and from great depths of despair or difficulties emerged and succeeded. A down-on-his-luck actor living at the YMCA in New York in 1912 could have given up hope and the world would never have known Dale Carnegie, author of How to Win Friends and Influence People. When Saul Bellow’s life was turned upside down by his wife divorcing him (which he wrote about in his famous Herzog), he could have resigned from his life of writing, never fought back and never have claimed his Nobel Prize in literature. And what of the Holocaust survivors who marched out of Europe not knowing a word of English or Hebrew and yet made a successful life in America or Israel – all because they had hope.

So, in this era of a deep economic recession when colleagues, relatives, and friends are being laid off, do not avoid them.

Being part of a personal safety net team often costs nothing and it can change the life for the better. 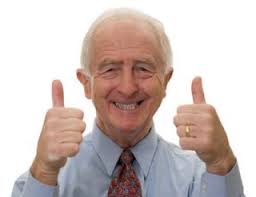 What about someone who is going through difficult times: a separation or divorce, a parent with Alzheimer’s? If you know about their problems, but they haven’t asked for your help, maybe it’s time for you to suggest some ways you can be helpful. This is the essence of being part of a Personal Safety Net. Reaching out and offering a word of encouragement and helping with specific tasks not only reminds them of their strengths but also that they are not facing difficulties alone. There is hope and there is a community.

Gestures of hope and support are warmly welcomed and richly rewarded – making their life and yours better.  You may later see them happy and successful because you turned their life around through a feeling of hope. Give hope, and the more of it you will have.