One Caregiver's Story - "Over the last three months, Karen has become increasingly anxious and depressed. She never imagined that the events of the past four years would lead to this amount of stress. Her 83-year-old mother, with hypertension, Alzheimer's disease, and rheumatoid arthritis, moved in, after a hospital stay related to complications from an enlarged bladder.

As a single mom with one son in college, Karen's life is now consumed with the role of care coordinator and service provider. In addition to working a demanding full-time job as a legal secretary, her days are filled with coordinating multiple health care providers, arranging transportation and home-delivered meals, managing multiple, complex medications and other health-related tasks, handling challenging behavior issues, and much more.

Although her mother attends adult day services three times a week, her cousin comes in during the other weekdays, and a home health aide or her son helps on weekends, she is finding it difficult to balance everything and is exhausted at night. She can't even remember the last time she visited with her friends or spent time gardening. Karen's job has some flexibility, but she has used up her vacation leave and now finds herself having to take time off without pay. That leads to even more stress because it is her salary that helps pay for her son's college tuition and keeps things afloat.

Through all of the visits with her mother to multiple health care providers, the arranging and patching together of services and supports while she is at work, and during and after several of her mother's hospital stays, there was always an expectation, from others as well as herself, that she would be able to handle the situation, whatever it was, just fine.

Although she had been experiencing a bad cough for the past few weeks, she did not feel she had the time to have it checked. She was just too busy. Several days later she became extremely ill and collapsed at work. Her initial thought was, "I am just tired." She was hospitalized for pneumonia. It was not until her own health scare that anyone asked her what she, Karen, needed - not just to help care for her mother or her son, but also to care for herself."

Karen's story, taken from Valuing the Invaluable: 2011 Update - The Growing Contributions and Costs of Family Caregiving, by the AARP Public Policy Institute, illustrates some of the inherent personal costs to those 61.6 million family caregivers in the United States today.

It cannot be stressed too strongly that those who take on this unpaid role risk the stress, physical strain, competing demands, and financial hardship of caregiving, and thus are vulnerable themselves. An extensive body of research finds caregiving to have a profound and negative effect upon the caregiver's own physical and psychological health, increasing social isolation, and adversely impacting the quality of life and well-being. State and federal health organizations now view family caregiving as an important public health concern!

What can and should be done? The study calls for a change in the care-system to more of a "care team" where caregivers are no longer viewed as just a "resource" for loved ones; rather, they are partners on the care team and recognized as individuals who may themselves need training and support. For those of you who've read Personal Safety Nets® this will sound familiar! The AARP study is calling for creating personal safety nets® and teams from those safety nets to tackle issues as they are needed - something we've been championing for more than five years! 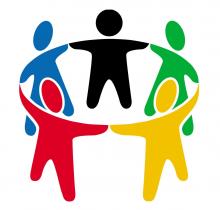 As we say in Personal Safety Nets: Now is the time to start building your net and when you do, remember a few simple tips: