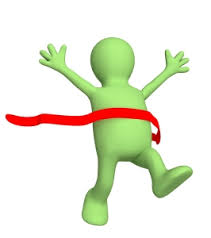 People need to learn how best to retire. Retirement is not simply a time to just stop working. It's a time of life that marks a passage from a life of work to a life of accomplishment, leisure and choice. For their working years, people are probably most defined by their job; from the moment they wake to how they introduce themselves at parties. When they retire they lose that identity, but not necessarily the need for it.

With twice as many Americans born in 1955 than in 1935, millions are entering, passing through, or have completed mid life and yet, despite the focus on planning for the financial considerations of retirement, an equally important issue is: how will people live when their lives and roles are radically changed?

There's a stark contrast between the well-defined world of work and the undefined roles and open goals of retirement. When people work, their day is determined by the requirements of the job. But when they retire, they alone plan their day and live it. One key to this "inner" directed life lies in the ability to define success and find happiness in satisfying interests, relationships, and activities.

One key to a successful retirement is for people to figure out what work has meant to them. Because, whatever other changes retirement brings, the central fact is that they will be giving up their work. Success in retirement often means finding satisfying and personally productive replacements for work so that life continues to have meaning and reward after the job has ended. 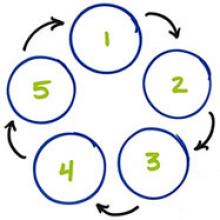 The Five Phases of Retirement
Although retirement is different for everyone, there are common phases to the process. It helps to understand these because it provides retirees with a language to put their feelings and experiences into words, and also provides a set of landmarks to help them judge where they are and what lies ahead.

Phase 1: Pre-Retirement. As people enter this phase, they face the realization that retirement is not just coming sometime in the future, but is imminent. During this phase, primary tasks involve preparing for retirement and gearing up for separation from work. This is an important time, offering the opportunity to not only plan financially but also to prepare emotionally and spiritually for a major change.

Phase 2: Honeymoon.  Many enter this phase without considering the important long-term needs of retired life, such as goals, relationships, and personal meaning, and without a long term plan. This phase provides a time for retirees to not only enjoy themselves, but to also plan ahead for the routines and life that will follow. Here, it is important for retirees to pace themselves and plan for the long haul.

Phase 3: Disenchantment. For some, the honeymoon is followed by a period of disenchantment, and sometimes depression. And the more unrealistic the pre-retirement dream, the more likely it is that life after the honeymoon will feel empty and anti-climactic. For those who best understand this important phase, it provides an opportunity to re-invent them and re-define their own futures.

Phase 4: Reorientation.  This phase sees the active development of ideas and a movement towards a more balanced life and diversified set of interests, relationships, and routines. It offers a time to think about new avenues of involvement in every area of life, and is a time for action and movement towards the life retirees want to live.

Phase 5: Stability.  This stage most of all is "retirement." Until now, retirees have simply been gearing up for and moving towards this final phase, which doesn't really have an end. In this phase, retirees are not just thinking about and planning for their retirement, they're living it!  When people achieve success in retirement, they achieve the coming together of their life's achievements and failures. Retirement becomes a wonderful period in which the windfall of free time is converted to self-fulfillment.

Adapted from Phil Rich’s “How Best to Retire” (originally published May 1998), adapted in Selfhelp Magazine (September 2009).