When we advise people on building their Personal Safety Nets, we suggest they look at the resources that are available to them, and from there, build out - seeking family, friends, friends-of-friends, and family-of-family - because these are the folks that may be most compassionate about your needs and the idea of gathering together to work as one to solve mutual wants and needs. Which got us to thinking: just what does today's family look like? 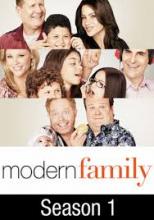 The American family isn't what it used to be - it's so much more, suggest findings of one of the most extensive surveys ever done on attitudes toward families. The definition of "family" has grown to include more than just the stereotypical married Mom, Dad and kids. The survey, by the  Pew Research Center in Washington, D.C., was based on responses from 2,691. Among its findings: